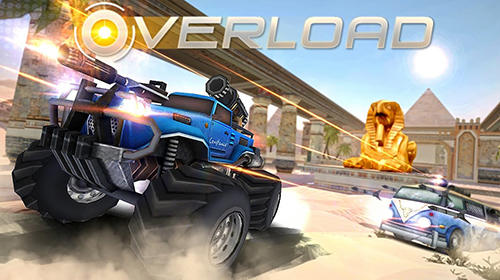 * The origin of Overload
In the near future, the world is put into havoc by a secret assassination group called WOA (World Organization of Assassins). Members of WOA are nature-born killer with outstanding skills and do anything for money.
Rumours about WOA has spread all over the world. Some say, the top assassins live a king-liked lifestyle with all the bounty from every successful mission. Other say, that WOA is open to everyone, only if they can pass a gruesome test.
That test is Overload, a heartless competition where contestants must battle to death.
Many joined, only one survived.

*Be the Best, or Join the Rest
Fight against other players, race, dodge, ambush, blow them up with all of your arsenal. Online rankings update weekly, and the tops will be awared. Furthermore, with three different modes : Deathmatch, Team Deathmatch and Capture the Flag, find your call and keep your fingers busy .

*Cars have never been that awesome !
Choose your own favorite among 3 different car classes with a total of 10 different vehicles with unique abilities and stats. Apply stunning skins to make your car a unique one
Deadly Weapons !
Arm the car with destructive weapons scattered all over the arena : homing missile, napalm bomb, mortar or cloaking mine.

*Epic Upgrades!
Enhance your car’s performance with Skill Points awarded each time you level up, and if that’s not enough, then feel free to equip the chip collected in Kubik to make the car even stronger, and the enemies even punier.
Become the ultimate car shooter in Overload, the best multiplayer vehicle battle game. Download NOW ! DOWNLOAD or TurboBit
(Visited 23 times, 1 visits today)
← Previous Post
Next Post →