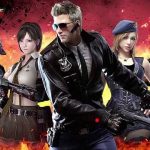 After a huge success of PUBG MOBILE, Tencent Games has launched brand new PVP Battle Royale Game named “CrossFire Legends”. CrossFire on PC is one of the most played FPS game of all time. Apparently that 90s commercial was right people did get caught up in the crossfire and it now has over 400 million […]